The world’s top 10 richest people. Who are these ultra-rich billionaires, and what is the source of their fortune? Here’s a look at the world’s top ten wealthiest people and how they made their billions.

Elon Musk is currently the richest of them all, with a total net worth of $229.6 billion.

Elon Musk is working to revolutionize transportation on Earth and in space, with his electric car company Tesla and his rocket company SpaceX.

He owns 21% of Tesla but has committed more than half of it as loan collateral; Forbes has reduced his ownership to account for the loans.

After allegedly making “false claims” about a proposal to take Tesla private, he stepped down as chairman in 2018, prompting an SEC investigation.

After its most recent investment round in February 2021, Musk’s rocket firm, SpaceX, is now valued at $74 billion.

He was born in South Africa and moved to Canada when he was 17 years old. He came to the United States to study at the University of Pennsylvania as a transfer student.

In 1994, Jeff Bezos launched e-commerce empire Amazon from his Seattle garage. On July 5, 2021, he stood down as CEO and became executive chairman.

During the epidemic, Amazon saw a 38 percent increase in sales to $386 billion in 2020, as many stayed at home and made online purchases.

Bezos announced in April 2020 that he would donate $100 million to Feed America, an organization that runs food banks and pantries across the United States.

Senators and the general public have chastised Amazon for their handling of warehouse employees during the coronavirus pandemic.
After 25 years of marriage, he and his wife MacKenzie split in 2019, and he gave her a quarter of his 16 percent Amazon ownership.

Bernard Arnault, one of the world’s most successful taste makers, is the owner of a 70-brand empire that includes Louis Vuitton and Sephora.

LVMH completed a $15.8 billion deal for American jeweler Tiffany & Co in January 2021, which is thought to be the biggest luxury brand acquisition ever.

In 2019, LVMH paid $3.2 billion for Belmond, a luxury hospitality company that owns or manages 46 hotels, trains, and river cruises.

Arnault began his career by putting up $15 million from his father’s construction business to purchase Christian Dior in 1985.

Bill Gates has diversified his fortune from the software company Microsoft, and his focus has switched to zero-carbon energy investing and philanthropy.

Bill and Melinda announced on Twitter on May 3, 2021, that their 27-year marriage was coming to an end. They will continue to serve as co-chairs of the foundation.

Melinda Gates has received at least $5.7 billion in stock from Bill Gates, who cofounded Microsoft with Paul Allen (d. 2018) in 1975.

When Gates stepped away from the Microsoft board of directors in March 2020, he held around 1% of the software and computing company’s stock.

He is one among the founders of dozens of firms, including Canadian National Railway and AutoNation.

In December 2019, Larry Page stepped down as CEO of Alphabet, the parent company of Google, while he remains on the board of directors and a controlling stakeholder.

In 1998, he co-founded Google with Sergey Brin, a Stanford Ph.D. student.

Page co-invented the PageRank algorithm, which drives Google’s search engine, with Brin.
Page served as CEO until 2001, when Eric Schmidt took over, and then as CEO of Google’s new parent company Alphabet from 2011 until 2015.

He is a founder investor in Planetary Resources, a space exploration business, as well as Kitty Hawk and Opener, two “flying automobile” startups.

At the age of 19, Zuckerberg founded Facebook at Harvard University in 2004 as a way for students to match names with images of friends.

He went public with Facebook in May 2012, and he now controls around 12% of the company’s stock.

During the pandemic, Zuckerberg’s social network, Facebook, served as an information hub, although it has been criticized for propagating vaccination disinformation.

A judge dismissed antitrust lawsuits filed by states and the federal government in June 2021, which could have forced Facebook to sell Instagram and WhatsApp.

Zuckerberg and his wife, Priscilla Chan, vowed in December 2015 to give away 99 percent of their Facebook stock over the course of their lives.

In December 2019, Sergey Brin stepped down as president of Alphabet, Google’s parent company, but he remains a major shareholder and board member.

After meeting at Stanford University while pursuing advanced degrees in computer science, he cofounded Google with Larry Page in 1998.

In 2004, Google went public, and in 2015, it began trading as Alphabet, a newly formed parent company.

For much of 2019, Brin was missing from public Alphabet events, instead focusing on Alphabet’s moonshot research lab X.

Brin is rumored to be putting money into a high-tech airship project.

Warren Buffett, nicknamed the “Oracle of Omaha,” is one of the world’s most successful investors.
Buffett is the CEO of Berkshire Hathaway, a conglomerate that controls more than 60 businesses, including insurer Geico, battery manufacturer Duracell, and restaurant chain Dairy Queen.
He began buying stock at the age of 11 and filing taxes at the age of 13. He is the son of a US congressman.
He has pledged to give away almost 99 percent of his fortune. So far, he has donated more than $45 billion, the most of which has gone to the Gates Foundation and his children’s foundations.
He and Bill Gates developed the Giving Pledge in 2010, which asked billionaires to pledge to donate at least half of their wealth to philanthropic organizations.

Mukesh Ambani is the chairman and CEO of Reliance Industries, a $74 billion (sales) conglomerate with holdings in petrochemicals, oil and gas, telecom, and retail.

Reliance was formed in 1966 as a modest textile firm by his late father, Dhirubhai Ambani, a yarn trader.

Ambani and his younger brother Anil divided the family fortune after their father died in 2002.

With the debut of its 4G phone service Jio in 2016, Reliance started a pricing war in India’s hyper-competitive telecom sector.

During the Covid-19 siege, Ambani raised more than $20 billion by selling a third of Jio to a group of investors that included Facebook and Google. 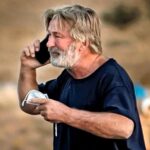