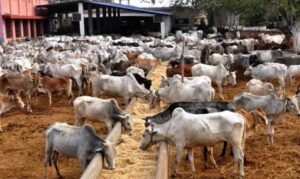 The National Livestock Transformation Programme has caught the interest of 22 states, according to a letter sent to the federal government.

Andrew Kwasari, the Senior Special Assistant to the President on Agriculture, who also coordinates the NLTP, revealed this to The PUNCH on Tuesday, adding that the Federal Government would begin disbursing funds for model ranches sometime next week.

Kaduna, Benue, Taraba, Adamawa, Plateau, Zamfara, Kano, Ondo, Katsina, Bauchi, Yobe, Borno, Gombe, Nasarawa, Niger, Sokoto, Ekiti, Kogi, Ebonyi, and Kwara are among the states whose governors have written to the Federal Government, according to him.

Following years of conflict between farmers and herders, the Federal Government established a variety of ranching programs, notably Ruga and the NLTP, in order to settle nomadic herdsmen, the majority of whom are Fulani.

In a response to a report published by The Economist of London on Sunday, the President’s spokesman, Garba Shehu, said the Federal Government’s ranching program has reduced insecurity in the country in the last 12 months.

As a result, he asked state governors who had not yet joined on to the scheme to do so.

“That is the first condition in the NLTP document. This project is not just something that is done on paper. There are guidelines as approved by the National Economic Council.”

Although he did not specify the amount, the presidential aide said that two of the states, Nasarawa and Plateau, would receive financial support from the federal government in the next week for the establishment of model ranches. 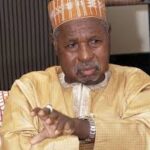 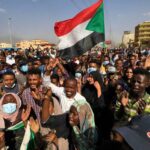