The trial of Nnamdi Kanu at the Federal High Court in Abuja was attended by a number of high profile figures. On the morning of Thursday, October 21, a British diplomat was among those present at the courtroom. The arrested IPOB leader, whose trial was brief arrived in court along side well dressed up.

Nnamdi faces a variety of charges, including terrorism and inciting national unrest. On Thursday, October 21, some dignitaries appeared at court in the Federal Capital Territory before of the trial (FCT). A former governor of Anambra, Chukwuemeka Ezeife, and a British diplomat were among those spotted around the court’s premises.

According to a report by Vanguard, Ezeife was not allowed into the courtroom to observe the trial.

According to The Nation, the former governor stated that he was kept outside the chambers because security officers refused to let him in with his entourage.

On Thursday, October 21, the court session began at 10 a.m. The IPOB leader pled not guilty when the charges were read to him.

Senator Ifeanyi Ubah, in a related development, has obtained a court order allowing him to visit Kanu at the DSS headquarters. 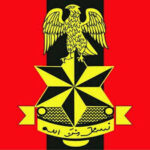 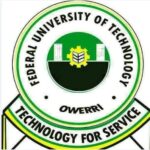