Oba Akanbi called for a unification conference to analyze the damage caused by the civil war to Igbos and to propose a palliative capable of building long-term affinity among the country’s varied ethnic groups.

He noted that the Igbos are important stakeholders in Nigeria’s technological growth, innovation, and invention, and urged the federal government to convene a stakeholders meeting to review and provide competent assistance to undo the damage inflicted by the war.He also promised to pay a visit to Igbo rulers shortly to exchange greetings and discuss the country’s unity.

“The Nigerian Civil War, which lasted from July 1967 to January 15, 1970, created huge damage. The Igbos suffered the greatest loss of lives and property.

They’re both our brothers. The damage caused by the war is harmful to Nigeria’s unity.

“The feeling and memory of the damages are still fresh in the minds of many victims and their children.”

“The Nigerian federal government, led by President Muhammadu Buhari, should consider holding a national conference to assess and discuss palliatives capable of erasing the feelings and memories of the damages.”

“As a father to the nation, I patronize everyone. I’m the first traditional ruler in Nigeria to buy made in Nigeria Innoson vehicle. I’ve planned a tour to some Eze Ndigbo, Igwe and stakeholders to strengthen the unity of Nigeria. I am the Oluwo of Iwoland but I am also an Igwe,Obi, Eze in Yorubaland to all Igbos. Igbos are our brothers and sisters.” he added. 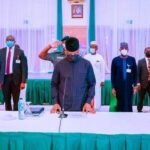 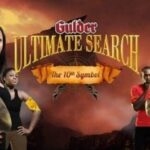