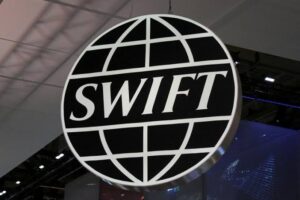 South Korea’s foreign ministry announced on Monday that it will strengthen export controls against Russia by prohibiting the shipment of strategic products and will join Western countries in blocking some Russian banks from using the SWIFT international payments system.

Electronics, semiconductors, computers, information and communications, sensors and lasers, navigation and avionics, and maritime and aerospace equipment are among the strategic things that will be controlled.

While they have yet to receive explicit guidance from SWIFT, the member-owned cooperative for interbank payment systems, two major South Korean banks reported on Monday that they have halted trade financing with at least seven Russian banks.

PSB, VEB, VTB, Bank Otkritie, Novikombank, Sovcombank, and Sberbank have stopped receiving letters of credit and other trade financing from Shinhan Bank and another major lender in South Korea (SBER.MM). Due to the sensitivity of the situation, the second Korean bank declined to be identified.

“Blocking SWIFT will have a negative impact on trade financing,” said Jeong Min-hyeon, an economist with expertise in Russia and Europe at the Korea Development Institute. “South Korea’s overall imports of natural gas and oil from Russia aren’t that large, at about 5-10 percent of the total,” he added.

“Payment issues faced by South Korean customers of Russian commodities and other exporters may result in supply disruption and price rises.”

The ministry also stated that the Korean government has resolved to push the extra release of strategic oil reserves in order to stabilize the international energy market, as well as to review alternative measures such as LNG resale to Europe.

According to the ministry, South Korea would increase humanitarian help to Ukraine, and its choices have been officially communicated to the US government through diplomatic channels.

According to local news agency Yonhap, which cited the commerce ministry, it also plans to seek an exemption from Washington’s sanctions against Russia, as steps to prevent Russia’s access to high-tech products could hurt South Korean exporters such as Samsung Electronics (005930.KS) and SK Hynix. 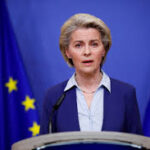 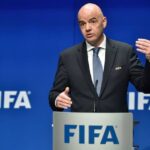