Lionel Messi and Cristiano Ronaldo scored in what could be their final meeting, a 5-4 PSG victory over Saudi Pro League All-Stars.

Lionel Messi and Cristiano Ronaldo both put on a show in an end-to-end friendly in Riyadh that finished 3-3, in what many believe is the final battle between two of football’s greatest ever. While Messi had already returned following his historic World Cup victory in December, rival Ronaldo was under pressure to make an impact, having signed for Al-Nassr in the weeks before.

While this wasn’t exactly a battle for the ages like their numerous meetings in both La Liga and the Champions League in the past, it was certainly an eventful one and a contest that, in many ways, marked the end of an era. The All-Stars gave it their all, but an injury-time goal from Anderson Talisca couldn’t overcome goals from Messi, Marquinhos, Sergio Ramos, Kylian Mbappe, and Hugo Ekitike, as the game ended 5-4.

Messi got the first laugh, but Ronaldo was named Player of the Match. After scoring from the penalty spot to get the game started, the 37-year-old’s second goal of the evening was far more impressive. He smacked the post with a sublime header before reacting first to get on the end of the rebound and bundle it home, as he has done so many times in his career.

Even though it was only a friendly, the crowd went wild for the five-time Ballon d’Or winner, which was understandable. Fans of Al-Nassr, in particular, would have been overjoyed. The old dog is still alive and well.

In what could be his final game for PSG, Keylor Navas had a night to forget in the Middle East. He was nowhere near a cross when he clattered into Ronaldo, giving up the penalty for the first goal, and he looked shaky the rest of the game. It’s easy to see why Christophe Galtier has made Gianluigi Donnarumma his first-choice goalkeeper this season. 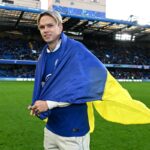