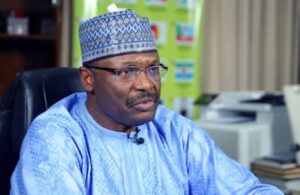 A Federal Capital Territory High Court in Abuja on Wednesday thwarted plans to derail the 2023 general election by removing the chairman of the Independent National Electoral Commission, Prof. Mahmoud Yakubu, for alleged failure to declare his assets.

In addition to dismissing the allegations of false asset declaration leveled against Yakubu, the court barred security agencies from investigating him.

Meanwhile, the coalition of United Political Parties and other socio-political organizations has praised the decision, describing the judiciary as the common man’s last hope.

Ikenga Ugochinyere, CUPP’s Spokesperson, hailed the decision as “a major New Year gift from the judiciary to Nigerians.”

He called the court decision a “victory for a credible, free, and fair election.”

He stated that the judiciary had put a stop to plans by those who know they cannot win free and fair elections in 2023.

Ugochinyere also praised the court for preventing security agencies from investigating him in connection with his valid assets declaration.

“I’m happy that the judiciary has proven over the months that they are the last hope of the common man,” he said. Since our intelligence uncovered plans to compel the INEC chairman to discontinue the use of the Bimodal Voter Accreditation system in the 2023 elections, these evil politicians have not stopped looking for nonexistent flaws.”

In an originating summons filed against the Attorney-General of the Federation and Yakubu, the plaintiff, Somadina Uzoabaka, sought, among other things, an order of mandatory injunction directing and compelling the INEC chairman to recuse, excuse, and exclude himself and or step down as chairman, pending the investigation and consideration of the various allegations against him by the various law enforcement agencies.

The plaintiff also asked the court to prevent him from holding or assuming any public office for ten years.

Lawyers will Pay N1 million to Apply for SAN Rank

Yakubu presented several exhibits in his defense to show the sources of money for the purchase of the properties, which the plaintiff claimed were illegally acquired, and insisted that his asset declarations were validly completed. 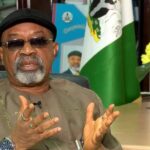 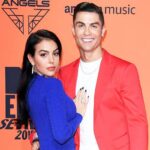