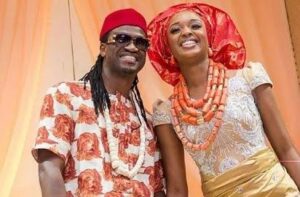 The implication is that Paul Okoye is now free to remarry any woman he wants.

Anita Okoye sued her husband for allegedly having illicit friendships with their housekeeper and defrauding her of N10 million.

She filed the papers in an Abuja High Court.

She claimed Paul was inviting Florence to hotels so they could engage in criminal activity; Anita also accused Paul of being an irresponsible father to his children.

“That I know as a fact that the Respondent on 11th June, 2020, threw the Petitioner’s Sister and I out of the house after we discovered that he had started an illicit affair with one of the house helps by name Florence,” according to a court document deposed to by someone close to Anita.

“I know for a fact that, while evicting me and the petitioner’s sister, the Respondent boasted that his actions were intended to clip the Petitioner’s wings and leave her with no one to lean on.

“I know for a fact that the Respondent has shown little interest in the upbringing of the children and has rarely participated in child discipline.

“That I know for a fact that the Respondent has always been on music tours and is rarely at home, leaving little time for family life.”

There were also claims that Anita gave her husband ten million naira (N10,000,000.00) and that they agreed that she would be granted a divorce.

and they agreed that she would be given a plot of land at his TannkCo headquarters to build a mall. It was claimed that Paul broke the agreement after collecting the money.

“That I know for a fact that the Petitioner founded a company called TannkCo in 2019,” the document continued.

“That the Petitioner and Respondent agreed to build a mall where TannkCo’s main offices would be located, and that the Petitioner contributed N10,000,000.00 (Ten Million Naira) toward the purchase of the land and the construction of the mall.”

“That I know as a fact that the Respondent upon completion of the mall, reneged on the agreement and failed to give TannkCo a space in the mall.

“That I make this written statement oath in good faith and to the best of my knowledge, information, and belief, and in accordance with the Oaths Act,” a deponent close to the petitioner said. 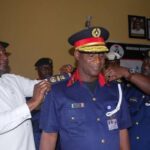 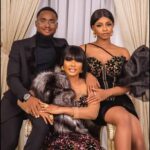