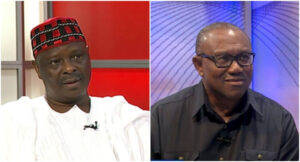 Presidential candidate of the Labour Party, Peter Obi has said tribalism and religion are some of the reasons Nigeria has remained as the world’s capital of poverty.

Rabiu Kwankwaso, a former governor of Kano State and the NNPP’s presidential candidate, came under fire from Obi for his alleged play on religion and ethnicity at the expense of competence and a commitment to save the nation’s economy.

The Labour Party candidate made the assertion in an interview with Arise Television Morning Show.

Obi criticized tribalistic Kwankwaso’s remarks that Northerners won’t vote for him (Obi) because he is from the South East.

“What I’m telling you is that if anybody from the South-East now, under these circumstances, becomes the presidential candidate of our party or any other party, the implications is that because of the activities and other issues that are really on the ground, northern voters will without a doubt support their northern candidate and another party,” Kwankwaso had said.

“So, the thinking is not whether I like it or I don’t, the fact remains that everybody will lose. He will lose and I will lose.”

In his reply to Kwankwaso, Obi said, “The comments from Kwankwaso is why we are where we are today, we vote for Incompetence based on the primitive ponsideration of tribe & religion.”

Obi noted that Nigeria is in a tough spot and requires a strong economic leader to turn things around.

According to him, Nigeria’s economy is barely able to survive and is in a coma.

He thinks that the nation’s enormous economic problems will cause it to soon stop servicing its debts.

He said, “We choose to vote for incompetence based on a primitive consideration of ethnicity and religion.

“Tell me, today, you can’t travel from Abuja to Kaduna by air, by road, or by train. Is it because somebody from the South-East is in charge?

“You can’t travel from Abuja to Minna by road, is it because somebody from the South-East is in charge?

“Yesterday, we had an attack on the presidential convoy in Katsina, is it because a person from the South-East is in charge?

“Show me where you can buy food cheaper.

“You have not talked about electricity, or that people are prospering in the North because northerners are in power? In the South-West, because they are in power or in the South-East.

“We have a huge problem and if you don’t know, this country will soon default on their debt servicing.”

Obi referenced reports by the Debt Management Office that Nigeria’s debt profile has hit N41.6 trillion, having risen by N2.04 trillion in the first quarter of 2022.

According to the DMO, the country’s total public debt as a percentage of GDP has increased from 22.43 percent on December 31, 2021, to 23.27 percent as a result of the country’s rising debt profile.

The Office stated in a statement that the figure represented the Federal Government of Nigeria, the 36 state governments, and the Federal Capital Territory’s domestic and external debt stocks, adding that the comparable values as of December 31, 2021, were N39.56 trillion or $95.78 billion. 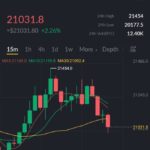 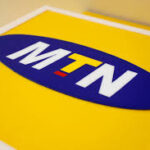