After his babyama, Pero Adeniyi, filed a N500 million lawsuit against his wife, Annie, singer 2Face Idibia shared a cryptic post on his Instagram page this afternoon.

Annie, who turned 37 today, started the day by apologizing to everyone she had wronged in the last 10 weeks. She recently criticized 2face on social media for allegedly spending time with Pero while on vacation in the United States. She apologize to 2face, her mother, her mother-in-law, family members, and everyone else to forgive her.

Pero has filed a N500 million lawsuit against Annie, according to reports. Annie’s Instagram outburst and the audiotape that went public weeks ago in which she claimed that her husband, 2Face, “packed his bags and flew to America to see her (Pero) and his other kids” were mentioned in the lawsuit notification dated November 10.

Annie’s charges are “blatantly false, misrepresents facts, and portrays Pero as an individual with loose morals,” according to her lawyers. Pero wants a retraction, an apology, and N500 million in damages. 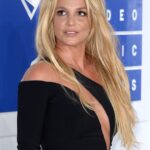 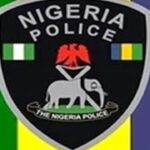