Professor Iyorchia Ayu, the newly elected National Chairman of the Peoples Democratic Party (PDP), has said that if the old ruling party had not lost power in 2015, it would have been dictatorial or complacent.

On Saturday, November 6, Ayu told journalists in Abuja that if the current ruling party had lost, they would have thought they were better than the PDP.

“The party’s ascension to power is my top priority.” The goal of all political parties is to win. As a result, I reviewed the reasons for our loss of power in 2015 and determined to work to unite the party, sharpen the party’s programs, and promote the party to the Nigerian electorate in such a way that they will be willing to vote for us.

“It’s normal for political parties to lose power in a democracy.” Perhaps, if we hadn’t lost power, we would have degenerated into a dictatorship or become complascent.

“To believe in democracy…the Nigerian electorate must have shifted because of something we were doing wrong or must have done wrong.” However, if we do not lose power today, they will not be exposed to the policies and practices that we have implemented.

They’d believe there’s something better out there than us. We lost power, which is a good thing. Nigerians today are more informed.

“And I believe we will re-energize the party and reclaim power, not only at the central level, but also at the federal level in Nigeria, where there is a surge of attention in doing so.” PDP had control over about 20 states at one time. That number has been reduced to 13.

“We hope and pray that by increasing that number from 13 to over 20 states, we will be able to win the federal government. That is, in essence, my goal for this party. As I have said, we will unite the party, and I am confident that we will soon have a very united and focused political party.”

Ayu further said that the decision to zone party offices apart from executive and legislative offices was “very tactical.”

Ayu also addressed the intra-party crisis, saying that necessary reconciliation processes will be undertaken to reconcile party members and resolve concerns in various states when the report of the Bukola Saraki-led committee was submitted. 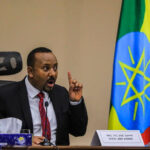 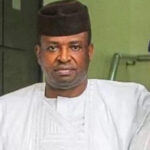