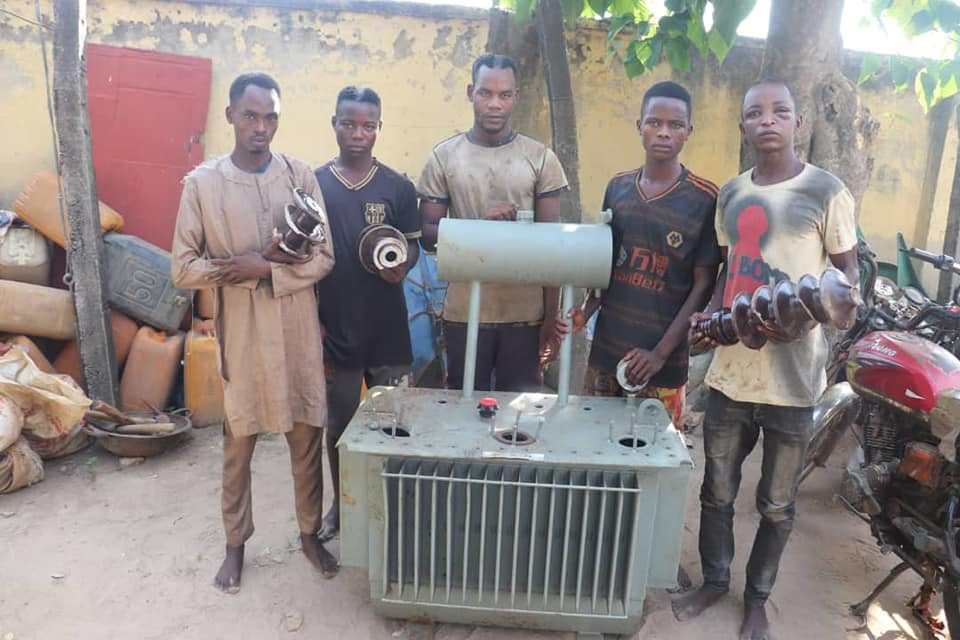 The Niger State Police Command has paraded five suspects arrested in the Lapai-Gwari area of Minna for vandalizing transformers and carting away electric cables.

The suspects were arrested on November 2 by police operatives attached to Chanchaga Division, according to the command’s spokesperson, DSP Wasiu Abiodun, who revealed this in a statement on Wednesday.

“During a routine patrol of the area, a police patrol team arrested the suspects in the Lapai-Gwari area along the Building Materials Market Road in Minna.

The suspects conspired together, vandalized two electric transformers in the area, and stole part of the power cables “According to DSP Abiodun.

“Four suspects arrested at the scene confessed to the crime during interrogation and led the police to Salisu Usman in Kasuwan-Gwari, Minna, who bought the cables from the suspects,” he added.

Three insulators and a vandalized power transformer were among the items recovered from the suspects.

Meanwhile, the Commissioner of Police, CP Monday Bala Kuryas, has maintained that criminals should change their lifestyle or leave the state because it will be too hot for them to operate in Niger State.

He urged members of the public to continue to provide relevant information to the police and other security services in order to help secure our environment. 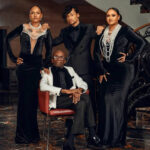 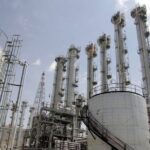