Following the signing of a Memorandum of Understanding for the resumption of civil flights by the Federal Airports Authority of Nigeria, the Nigerian Air Force, and the Benue State Government on Monday, the Makurdi airport is set to resume commercial flights.

The signing of the Joint Users’ Agreement will allow civil flights to run smooth from the NAF airport in Makurdi, which had earlier been restricted.

The Chief of Air Staff, Air Marshal Isiaka Oladayo Amao, who was represented by NAF Chief of Training Air Operation, Air Vice Marshal James Gwani, said the move revealed the Air Force’s Social Corporate Responsibility to Benue as its host community during the signing ceremony at the Government House in Makurdi, according to Daily Trust.

“The use of the NAF airport at Makurdi for civil flights is for the benefit of the people of Benue,” he said. It’s our way of proving corporate responsibility by ensuring sure civil flights use our airport.

“We will shortly see the multiplier effect on the state’s economy.” We’ll work with FAAN to ensure all operates properly.”

According to the report, Dr Clifford Mozeghian, who represented FAAN’s Managing Director/Chief Executive Officer, Capt Rabiu Hamisu Yadudu, and other industry stakeholders, expressed his pleasure at the opening of Makurdi’s airfield to civil flights. 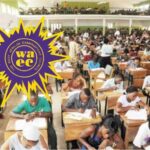 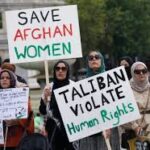