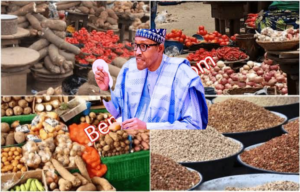 While asserting that the country’s food capacity had increased despite the farmer-herder conflicts that had disrupted food supplies, Buhari stated that high food prices were driven by middlemen who “purchase and hoard these important commodities for profiteering.”

“Unfortunately, while our food production capacity has grown, food prices have risen due to artificial shortages caused by intermediaries who have been buying and holding these necessary commodities for profiteering,” the President remarked.

Buhari stated in his speech that the Federal Government had made efforts to stop “disruptive and unpatriotic hoarding practices” and ensure that food prices are reasonable to Nigerians.

The President went on to say that by implementing some water projects, the country’s food production would improve.

“To address this, I am directing the Ministry of Agriculture and Rural Development to rehabilitate the National Food Reserve Agency, as well as collaborate with security agencies, the Nigerian Commodity Exchange, and the National Assembly to find a long-term solution to these disruptive and unpatriotic hoarding activities,” he said.

“We have completed several new dams and are in the process of rehabilitating several River Basin Development Authorities to improve groundwater supply for rainfed agriculture as well as surface water for irrigated agriculture to further expand food supply. 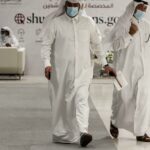 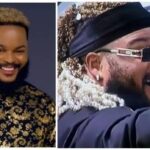