The Nigerian international has been in outstanding form for the Neapolitans and has finally been rewarded for his efforts.

Victor Osimhen, a striker for the Super Eagles, has won his first major accolade in the Italian Serie A after being voted player of the month for September.

Osimhen had a terrible start to the season in August, as he was sent off in the first game against Venezia and then missed the game against Genoa.

With a string of excellent performances for Napoli in September, he has put the setback behind him.

The Nigerian has seven goals in eight appearances for Luciano Spalletti’s side, with seven of those goals coming in the previous month.

Four of those goals came in the Italian top division, with his first of the month coming against Udinese, followed by a brace against Sampdoria and a third against Cagliari. 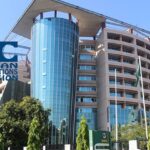