UN Secretary-General Antonio Guterres called on Tuesday for Sudan’s prime minister, who was detained in a military coup, be released immediately.

As countries around the world grapple with the pandemic and social and economic problems, Guterres said “geopolitical divides” were preventing the Security Council from taking strong measures.

“These factors are creating an environment in which some military leaders believe they have complete impunity, that they can do whatever they want because they will not be held accountable,” Guterres said.

“My request is for the big powers, in particular, to come together for Security Council unity in order to ensure the effective deterrence in the face of this epidemic of coups d’etats,” he said. 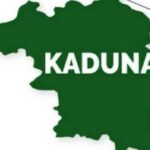