R. Kelly has acquired the help of Bill Cosby’s high-profile lawyer to help him fight his New York racketeering conviction.

Jennifer Bonjean, a New York-based lawyer, filed her appearance in the “I Believe I Can Fly” singer’s case in the United States District Court in Brooklyn, where the musician was convicted on sex abuse and racketeering charges last month, according to the Chicago Tribune.

Kelly’s appeal and post-conviction motions, which are due on Monday, will be led by Bonjean, according to the outlet (Nov. 1). She has, however, asked for a two-month extension.

Read Also; Biden Meets with Pope Francis in Rome Ahead of G20

Recall Bonjean led Cosby’s appeal of his sex crimes conviction in Pennsylvania and was crucial in his release.

The attorney told the Chicago Tribune that she is “looking forward to getting familiar with the record” in the case of the Chicago native, who was charged under the Racketeer Influenced and Corrupt Organizations Act (RICO).

“I’m concerned about how the government is abusing the RICO Act to go past the statute of limitations and essentially put people’s entire life on trial,” Bonjean said. “It’s turning into a government formula.” You have the right to defend yourself in the face of serious allegations.” 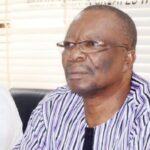