PSG’s Neymar has responded to criticism, telling them to assess him solely on his switch performances instead of labeling him a ‘partygoer’ in Paris.

The Brazilian moved to Paris Saint-Germain for a world record £198 million in 2017, but has been seen often at the French capital’s posh bars and nightclubs.

The 29-year-old, when questioned about being called a partygoer, said he only goes out when he doesn’t have training the next day.

In an interview with YouTube channel Fui Clear, he said, “I speak of respect because people say: “Ah, Neymar doesn’t take care of himself, Neymar is this, Neymar is that.”

‘How can someone be at the top for 12 years and not look after himself?’ That is something that no one knows. What is the point of having a physiotherapist and a physical trainer with me for practically 24 hours if I know how to take care of myself? Not in the least?

‘Whenever I have the opportunity, I go out.’ I go out when I can, especially if I know I won’t be able to practice the next day. I’m not going to quit doing anything. What exactly is the issue? You must charge me for what I do on the court; I permit you to speak there, but what I do off the court. 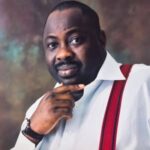