On Tuesday, October 19, unknown gunmen opened fire on traditional rulers during a meeting in the Njaba local government area of Imo. According to reports from the southeast state, two of the monarchs present at the conference were killed by the gunman.

Governor Hope Uzodimma, who is shocked, has vowed to bring the perpetrators of the horrific crime to justice.

The governor said this in a conversation with journalists at Government House in Owerri on Tuesday night, October 19th, after the attack.

“The situation is pathetic. The circumstance is horrible. This adds a new dimension to the state’s banditry, since they must now attack traditional rulers gathered in a hall.”

US surgeons successfully implanted a pig kidney to a human

Mike Abattam, the state’s police spokesperson, said the two monarchs were pronounced dead on the spot, while the injured were transported to the hospital for treatment. 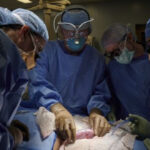 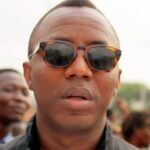