The Italian FA has launched an investigation into AS Roma fans’ racist chants directed at Napoli striker Victor Osimhen during their Serie A goalless draw on Sunday.

Both teams’ coaches were sent off during the match, with Jose Mourinho receiving a red card during the game and Luciano Spalletti receiving a yellow card after applauding the referee after the game.

According to accounts in Italy, fans sang racist chants at the Nigerian international, who was active throughout the match, hitting the bar twice and having a goal disallowed for offside in the 88th minute.

Roma was fined €10,000 by the FIGC on Monday for their fans’ ‘territorial discrimination’ chants against the city of Naples.

The FIGC said in a statement that a “racially motivated discriminatory chant” was directed towards Nigeria striker Osimhen, and that its disciplinary officials will conduct “additional investigations” to discover how many people chanted the vague abuse and for how long. 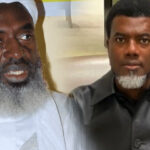