After 54 days in the kidnapper’s den, Senator Nelson Effiong has now been freed.

On September 5, the former Senator from Akwa Ibom state’s Eket Senatorial district was kidnapped in Uyo.

Nkereuwem Enyongekere, the state press secretary for the All Progressives Congress (APC), confirmed the former lawmaker’s release to journalists on Friday, October 29.

Read Also; Enugu Commissioner for Land Resigned after his Staff were Removed from Office for doing their jobs

“The Akwa Ibom State Chapter of the All Progressives Congress wishes to inform the APC family and the general public of Sen Nelson Effiong’s release, that happened on Sunday evening, September 5, 2021.”

The Senator was only freed from the enclave and grip of the underworld men yesterday (Friday, October 30, 2021).

As a party, it is our primary concern to express gratitude to God Almighty and those who helped in whatever way to facilitate his release and return to his family and party.

We sincerely hope to God to shower you with all the blessings you deserve for identifying with us throughout this difficult time.” 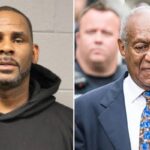 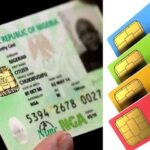