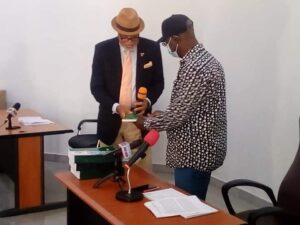 The Committee on Investigation of Brutality by Members of the Disbanded Special Anti-Robbery Squad, SARS, which was set up by the Executive Governor of Benue State, Samuel Ortom, today presented its report at the People’s House Makurdi.

The panel was founded in October 2020, following nationwide “No to SARS” (nSARS) protests that resulted in widespread destruction, looting of government and private property, and the loss of many lives.

Gov Samuel Ortom, who was represented by his deputy, Engr Benson Abounu, responded to the report by assuring the public that the suggestions would be fully executed to serve as a deterrence against repeat occurrences.

He thanked the committee members for their hard work and wished them luck in their future endeavors.

Earlier in his speech, Justice Adah Onum, the chairman of the panel and the state’s immediate past Chief Justice, said the committee discovered the following brutalities by members of SARS in various parts of the state and recommended a total compensation of N304, 535,095.85 to various categories of victims.

1. Some persons were brutally murdered in cold blood by police, leaving families without a head and breadwinner.

2. Some persons died in police custody as a result of torture and/or other factors. 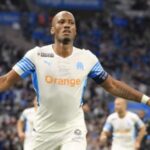