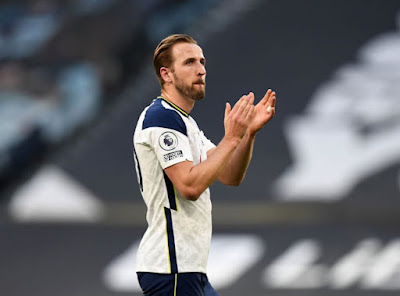 In an attempt to force a transfer to Manchester City, Harry Kane has failed to show up for Tottenham Hotspur training.

The England captain was supposed to return for his first session after Euro 2020 on Monday, August 2, for a coronavirus test and a fitness assessment, but he didn’t show up amid reports of his possible exit.

He feels he has reached a ‘gentleman’s agreement’ with Tottenham, allowing him to move this season.

Tottenham chairman Daniel Levy, who has three years left on his contract, has no intention of selling his club’s biggest asset, which is valued at roughly £150 million ($208 million).

City and Pep Guardiola regard Kane as a potential first-team player, but it’s unclear whether they’d be willing to pay Spurs’ asking price for a 28-year-old.