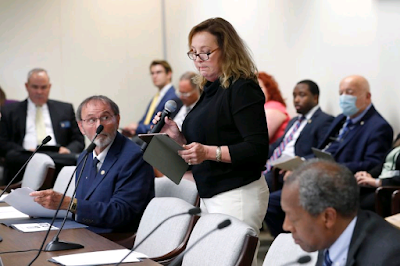 North Carolina lawmakers voted unanimously to raise the legal age of marriage in the state from 14 to 16, tightening restrictions on child marriage but not outlawing it.

The bill, which was enacted by the state Senate on Tuesday, August 17, and the House last week, prohibits children under the age of 16 from marrying and requires a four-year age gap.

The bill will now be sent to Democratic Governor Roy Cooper of North Carolina for his approval.

There is no minimum age gap between couples under current law, and minors as young as 14 can marry if they fall pregnant and a judge permits it. Previously, parental authorization was required beginning at the age of 16.

This year, House and Senate members joined forces with women’s rights advocates and child welfare organizations to raise the marriage age. They wanted to raise it to 18 without exceptions, but some legislators were content to maintain marriages involving a child or two minors as an option.

In an email, Cooper spokesperson Mary Scott Winstead said, “While the law falls short of raising the age of marriage to 18, the governor supports this step toward abolishing child marriage in North Carolina and stronger protections for children.”

With neighboring states lifting the age limit to 16 or 17 in recent years, North Carolina has become a popular destination for out-of-state couples looking for a romantic getaway.

Alaska is the only other state whose law expressly allows marriages as young as 14, according to the group Unchained at Last. Thirteen states currently allow children under 16 to wed, nine of which have no minimum age, relying instead on case law or a judge’s rulings.