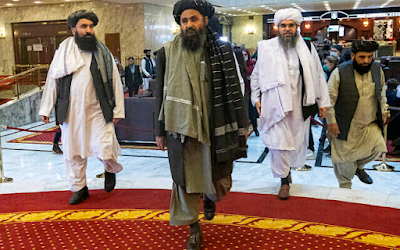 Mullah Baradar, the Taliban’s co-founder and deputy leader, has arrived in Afghanistan, according to a spokesman for the Taliban’s political bureau.

This is Baradar’s first visit to Afghanistan in 20 years, and it comes 11 years after he was arrested by Pakistan security forces within this country.

The return of Baradar will raise fears that the new government’s nature would be similar to that of the previous one.

He was born in the region of Uruzgan in 1968 and served in the Afghan mujahideen against the Soviets in the 1980s. After the Russians were driven out in 1989, and the country descended into civil war between competing warlords, Baradar and his former commander and reputed brother-in-law, Mohammad Omar, established a madrassa in Kandahar. The Taliban, an organization led by young Islamic militants, was created by the two clerics together.

The Taliban swept to power in 1996 after a series of stunning conquests of provincial capitals that took the world by surprise, just as the movement has done in recent weeks.  Baradar, Mullah Omar’s deputy who was widely believed to be a highly effective strategist, was a key architect of those victories. Across Afghanistan, people are waiting to find out what kind of regime they will live under, and whether those who supported the US-backed government over the past 20 years will face retribution from the Taliban. In televised briefings, statements and press conferences, Taliban officials announced that retribution was not part of their plans. Its spokesman said the Taliban would grant a “blanket amnesty” for all in Afghanistan, including members of the Afghan military and interpreters. “We don’t want Afghanistan to be a battlefield,” Zabihullah Mujahid told a Tuesday press conference in Kabul. “Today the fighting is over….whoever was against the opposition has been given blanket amnesty. The fighting should not be repeated.” “Those families who are in the airport in fear right now, they should be returning… I assure them in their lifetime no one will be going to them and asking them what they have done and not done,” he added. The group’s deputy leader Maulvi Mohammad Yaqub also told fighters not to “enter into homes of people or confiscate their cars”