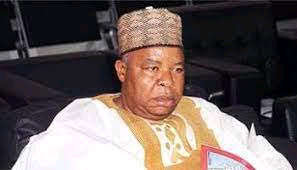 Governor Samuel Ortom, on behalf of the government and people of Benue State, mourns the death of former Deputy President of the Senate, Senator Ibrahim Mantu.

The Governor says the demise of Senator Mantu is a painful loss to Nigeria, as it has occurred at a time the country urgently needs the wise counsel and experience of statesmen such as the former Deputy Senate President to help it overcome the current security and economic challenges.

He describes Senator Mantu as a true democrat and patriot who played a pivotal role in nursing the country’s nascent democracy from 1999 to where it is today.

Governor Ortom states that the Peoples Democratic Party, PDP in particular will deeply miss its former Board of Trustees member who made selfless contributions to the growth, unity and success of the party.

The Governor sympathizes with the Mantu family, the government and people of Plateau State and prays God to grant the former Deputy Senate President eternal rest.