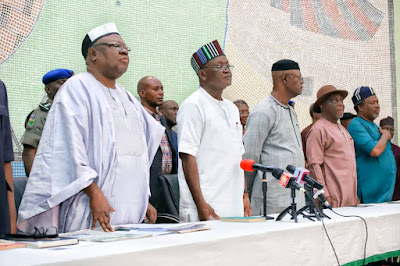 Benue State Governor, Samuel Ortom has advocated for allocation of more funds to states and local governments from the Federation’s Account.

Governor Ortom made the call today at the Benue Peoples House Makurdi when he received the Federal Commissioner, RMAFC representing Benue State, Mr Adaa Maagbe during a sensitisation tour of the State. 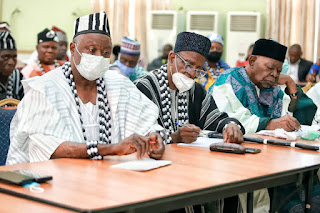 The Revenue Mobilisation, Allocation and Fiscal Commission, RMAFC is on a tour to sensitise the nation and receive inputs on appropriate revenue sharing formula for the country. 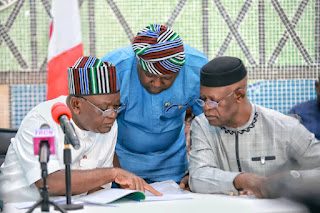 According to the Governor, states have more responsibilities and should take the lion share of the Federal Allocation, pointing out that the FG can only monitor what happens in the states after releasing such funds to them.

He stated that in view of the security challenges facing the states, Governors believe in having State Police which implies that more resources are needed to salvage such situations.

The Governor noted that the FG has clearly demonstrated that it is overwhelmed by the security challenges and so it should push the responsibilities to States and back it up with more resources.

Mr Adaa Maagbe in his earlier remarks disclosed that the visit was a sensitisation exercise to  review the vertical revenue allocation formulae that had been in existence for long.

He explained that the law provides for a review of the formulae and principles in operation to ensure conformity with changing realities through an Act of the National Assembly after a period of five years.

Tor Kwande, Chief Ambrose Iortyer urged the FG to reduce the number of parastatals under it and devolve some to states and local governments to reduce its spending while Tor Lobi, Chief Moses Anagende said the agitations for restructuring means more resources be given to states.