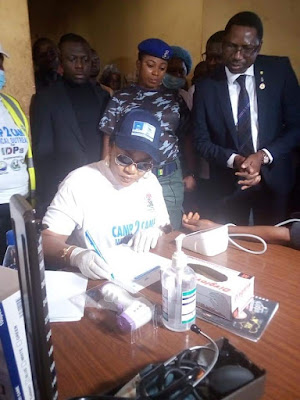 The internally displayed camp in Gbajimba today played host to the Founder of Eunice Spring of life foundation Dr. Mrs. Eunice Ortom  who led the State Ministry of Health in partnership with State Emergency Management Agency SEMA to the official flag off of “Camp to Camp” Medical Outreach organized for the internally displayed persons in the state.

The Executive Secretary of SEMA Dr. Emmanuel Shior in a welcome address disclosed that 29,500 IDPs are housed in the camp adding that the overall number of IDPs in the state amounts to over 1.5 million.

The ES Boss recounted the interventions across the  seven (7) official camps in the state crediting the support of the state government,Eunice Spring of Life Foundation and other development partners.

He informed, that there are about 4220 new arrivals even as the state agency through international partners are working on data verification so as to intervene more in the camps.

The First lady in Her speech commended the State SEMA for organizing an intervention aimed at subduing the effects of the psychological, economical and sociological effects occasioned by the situation they found themselves.

She reaffirmed the State government & Her Foundation the ESLF’s commitment in ensuring that their welfare is taken care of even as efforts are been made for total return to their ancestral homes, stating that, the health of the IDPs remain Paramount. 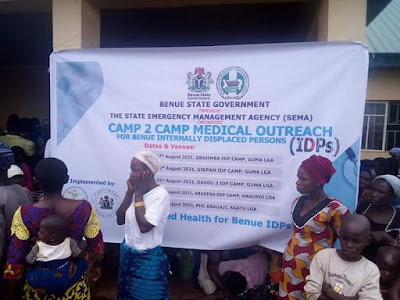 The commissioner for Health; Dr. Joseph Ngbea who represented the Governor at the occasion did the flag off and reaffirmed the state government’s commitment to the plights of the over 1.5 million IDPs in the state. 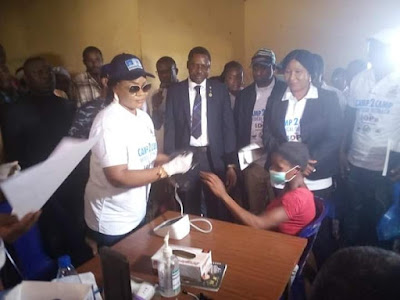 The Governors wife earlier led the checking of temperature of patients, supervised theatre rooms and patients who are receiving treatment at their various wards. 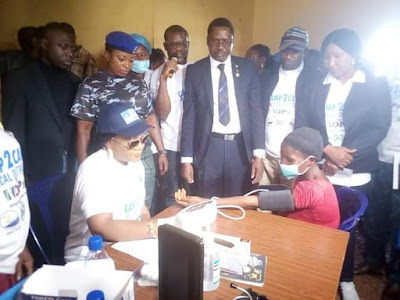