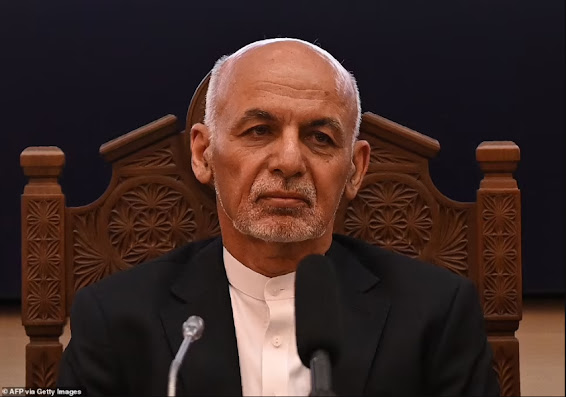 Former Afghan President Ashraf Ghani is said to have been living in exile in Oman after fleeing the country after the Taliban took power.

After fleeing Kabul and effectively ceding control to the Taliban on Sunday, August 15, Russian sources revealed that he is in exile in Oman. Previous reports suggested he had fled to Tajikistan.

According to the Russian Embassy in Kabul, Ghani left the country with four cars and a helicopter full of cash, but had to leave some money behind as it wouldn’t fit all in.

However, the former Afghan President’s whereabouts remain unknown, although Russian sources claim that he flew immediately from Kabul to the Sultanate of Oman, across the Persian Gulf from Afghanis.

Al-Jazeera later stated, citing his personal bodyguard, that he had flown to Uzbekistan.

‘There is no clear knowledge on the whereabouts of the fleeing president,’ stated an anonymous Afghan official. He travelled immediately from Kabul to the Sultanate of Oman, according to some sources.’ Kazakhstan, on the other hand, has denied that he flew across its territory.