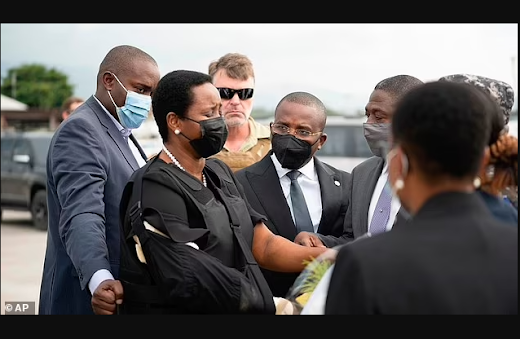 An official said the widow of Haiti’s assassinated president Jovenel Moise returned home on Saturday after being treated for wounds she received in the attack in Florida, United States.

Martine Moise, 47, was received at the Port-au-Prince airport by interim Prime Minister Claude Joseph, who had her right arm in a sling and was wearing a bulletproof vest, according to Frantz Exantus, secretary of state for communications. 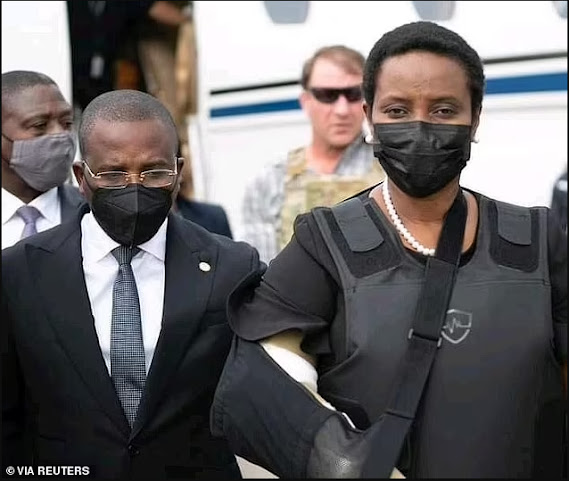 ‘The first lady… has just arrived in Haiti to help with preparations for her late husband’s state funeral,’ Exantus stated, publishing photos of Martine Moise disembarking from a private plane accompanied by multiple security agents.

She was airlifted to a hospital in Miami, Florida, after her husband was shot and killed in their house in the early hours of July 7.

On July 23, state funeral ceremonies will be held in Cap-Haitien, a historic city in Haiti’s north.

Joseph had stated that justice would be served for the president’s assassination the day before Moise’s widow’s return.

Badio, a former official in the justice ministry’s anti-corruption unit, is one of several people wanted by Haitian police, along with former opposition senator Joel John Joseph.

Both are described as ‘armed and dangerous’ on their wanted posters.

In connection with the killing, a gang of assassins consisting of 26 Colombians and two Haitian-Americans has been apprehended. A Florida thing to do Christian Emmanuel Sanon was also arrested last week for his role in the assassination of Haiti president after he had campaigned to replace him in a letter to U.S. State Department.

Christian Emmanuel Sanon, a 63-year-old Haitian doctor with strong ties to Florida, has been charged with masterminding the plot and having ‘political objectives,’ according to Haitian police. 24 police officers attached to Moise’s security detail, according to Joseph, have been summoned to report for questioning.

On Thursday, the first lady thanked ‘the team of guardian angels who helped me through this terrible time. 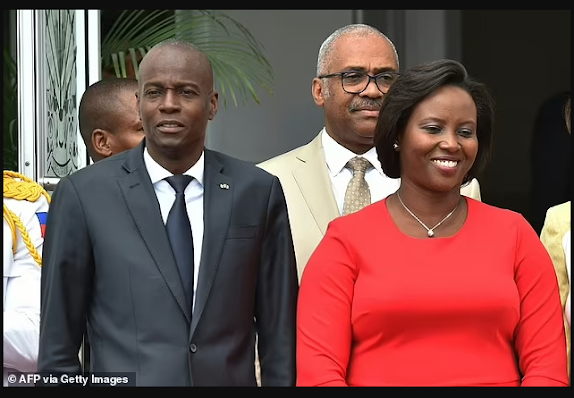