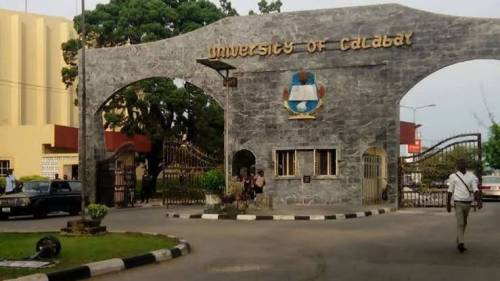 Graduates who have yet to collect their original certificates have been given a three-month deadline by the University of Calabar (UNICAL).

Mr. Gabriel Egbe, the university registrar, stated in an official memo dated June 25 that the school has over 42,000 unclaimed certificates.

Some of the certificates, according to Egbe, date back to the 1980s, and the owners have yet to claim them.

“It has been discovered that the University of Calabar has over 42,000 unclaimed certificates in its faculties and institutes. Some of these documents originate from the 1980s.” The University administration is taken aback by this occurrence, and has ordered that all individuals who have not yet received their certificates after several years of graduation do so immediately.

Those who are familiar with this set of graduates should please inform them that they are being compiled.” According to the memo,

By the end of September, the university has threatened to publish names and impose a fee on any who refuse to follow the school’s directive.

Those who do not respond within three months of receiving this warning will have their names publicized and will be subject to a surcharge,” he added.

“They are striving to ensure that the process of receiving certificates is seamless so that we do not have a situation where certificates are piled up,” the University Registrar stated in an interview with the school on June 30.

When questioned about statistics on the various credentials and grades, Egbe stated that he was not familiar with them.

“I’m afraid I can’t offer you the figures right now because we’ve requested the various faculties to compute the certificate categories and get back to us. We know these credentials have been there for a long time, and we have advised anyone who have them to come pick them up.

“We’ve made touch with a few of them and informed them that it’s completely free. They are not reimbursing you for the collection. “All we want to do now is remove the backlog of these certifications and move on,” he said.