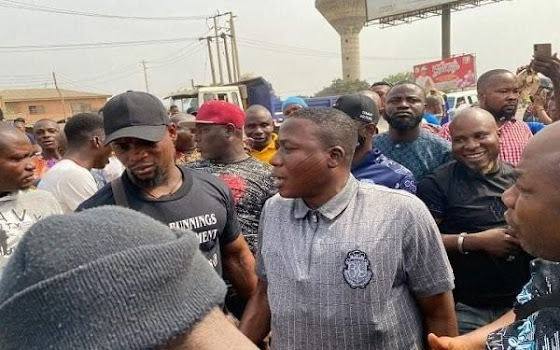 Koiki said in a live broadcast this morning that the rally at Ojota will proceed as scheduled, and that Igboho will return stronger.

“I can still publicly certify that the Lagos rally will go through as planned, regardless of what news or rumors you’ve heard from other sources.

The Mega Rally on July 3rd will go off without a hitch. The rally has been meticulously prepared, and nothing has changed.

I chatted with the organizers, and nothing has changed as of yet. The 3rd of July will begin at 9:00 a.m.

Everything is in place and being planned.”

I met with George Akinola, the general secretary of Ilana Omo Odua, and I also spoke with Banji Akintoye, who is fighting relentlessly for the release of those who have been detained.

The rally in Lagos will be calm, and it will be a big rally, so don’t be concerned about what happened.

At Igboho’s house, a lot of things happened.

We may receive a video from Igboho regarding the Lagos rally, which we may share; we’ll make that decision in the next 24 hours.

“He (Igboho) requested me to tell you all so you wouldn’t be discouraged by what transpired; he is committed to the Yoruba Nation agenda,” he stated.