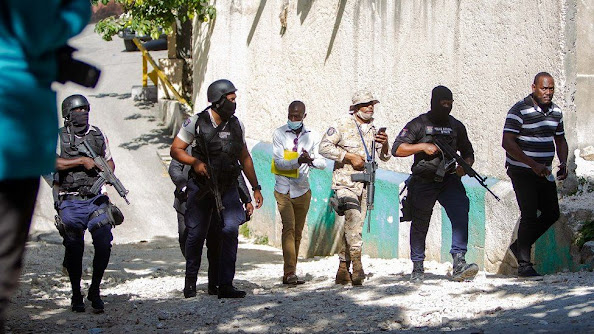 In Port-au-Prince, a deadly gun battle has erupted between police and the men suspected of assassinating Haitian President Jovenel Mose.

Four suspects had been killed and two had been arrested, according to police chief Léon Charles, but some remained at large and a manhunt was still underway.

The police chief said, “They will be killed or captured.”

When gunmen stormed their home early on Wednesday, Mr Mose, 53, was fatally shot and his wife was injured.

“We blocked [the suspects] on their way out of the crime scene,” he said at a press briefing. “We’ve been at odds with them ever then.”

The suspects are said to be well-armed and to have abducted three police officers, who have since been freed.

For their own safety, Mr Charles urged residents to stay indoors.