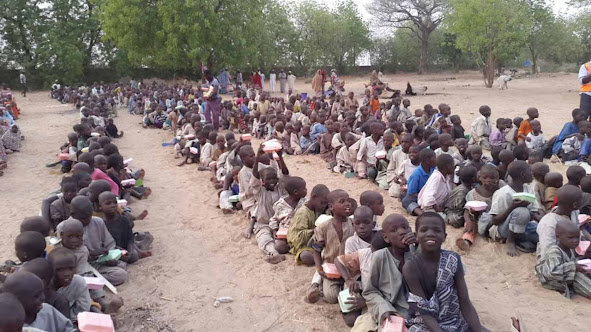 Internally Displaced Persons (IDPs) gave birth to 17,053 babies in 18 locations across Borno State, according to the International Organization for Migration (IOM).

According to the Nigerian News Agency (NAN), the statistic represents information on newborns who were registered between 2019 and May 2021.

The IOM’s chief of mission, Frantz Celestine, said the agency works with the National Population Commission and UNICEF to provide birth certificates to the children.

According to him, the children’s identities are extremely important, and they are also included in its Displacement Matrix data, which it shares with other North-east stakeholders.

“We do biometric data collection so that we know exactly the number of people who have been displaced so that the service we provide to them can be effective.

“Some of the work that we do on our displacement matrix data is to work with the population commission and UNICEF to provide birth certificates to those under five who were born in the camps.

“On the number of children that were born in the camps, I know last time I checked, those we had taken the biometrics and issued with birth certificates between 2019 and May 2021 were 17,053,” he said.

The IOM’s Chief said the data helps it to identify those who have been displaced, adding that “if you don’t have an identity you do not exist in the eyes of the government and the law.”