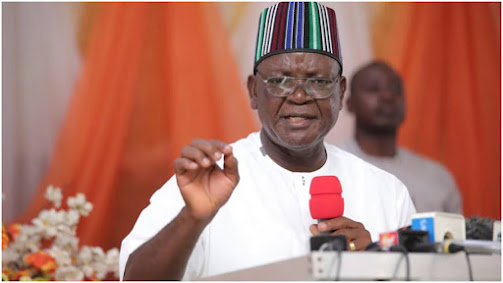 Governor of Benue State, Samuel Ortom, has threatened to dethrone any traditional ruler who is accused of erecting illegal roadblocks in the state for the purpose of collecting taxes.

During a funeral oration in honor of late Nicholas Tor Mtemave, director of audit, office of the Accountant General for the Federation, Governor Ortom issued this warning today at Tse-Ugbada, Igyorov Council Ward, Ipav in Gboko.

In response to the Chairman of Gboko Local Government, Hon James Kachina, the governor stated that his administration will continue to take proactive steps against illicit tax operators, emphasizing that unlawful checkpoints have harmed markets and revenue production in sections of the state.

He urged residents of the state who are not subjected to herder attacks to increase their farming activities, particularly cassava, watermelon, and other food crops, in order to increase food production.

Governor Ortom, who expressed his condolences to the deceased family and requested that God grant the departed everlasting rest, encouraged the wife and children to always look to God and not to man, noting that God would always provide for them.

While responding to concerns voiced by the District Head of Igyorov, Zaki Orshi Ugese, about the condition of traditional rulers, the Governor revealed that preparations were in the works to change the state’s local government and chieftaincy statute to include more categories of traditional rulers.

The Governor recalled his humble beginnings as a conductor for a family member, Mnenge Mtemave, in Gboko motor park during his early years, highlighting the significance of empathizing with them in their bereavement.