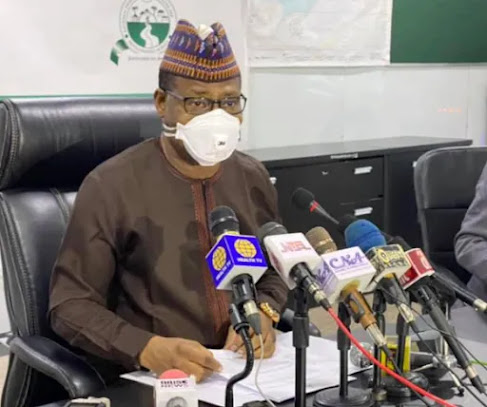 Dr. Faisal Shuaib, Executive Director and Chief Executive Officer of the National Primary Health Care Development Agency, has dismissed reports that the COVID19 vaccination produces magnetism when given to a person.

The COVID19 vaccines are said to cause a person’s body to become magnetic, according to popular belief on the internet.

Dr. Shuaib dismissed the report at a press conference in Abuja, saying it was the product of rumor mongers and mischief-makers.

“Anti-vaccination activists have devised a magnetic conspiracy theory in which they claim, and are deceiving people with videos, that the COVID-19 vaccine produces a magnetic field surrounding the vaccination site that can force the body to light up an electric bulb.

As a result, ladies and gentlemen, if we truly want Nigeria and the globe to defeat COVID-19 and recover from their afflictions, we must fight the false theories.

COVID-19 was allegedly introduced to explain the development of vaccines that would be used to depopulate Africans.

Those who advocated this theory claimed that anyone who received the vaccine would die instantly. As you can see, approximately 4 million doses of the vaccine have been provided in Nigeria, and no cases of mortality have been reported as a result of the vaccination.

The rumour mongers adjusted their narratives after seeing this fact, saying that the vaccines given in Europe and America are not the same as those used in Africa. Again, as research has shown, the COVID-19 vaccinations used in Europe, America, and other parts of the world are the same ones used in Nigeria and other African countries.

Let us not forget, distinguished members of the press, that the same misinformation about children dying after vaccination was propagated about the Polio vaccine, but after many years, children who had the polio vaccine are still alive and have grown up to have their own children, as expected.

There has never been a child who died as a result of polio vaccine, and many more children have been born to refute another notion that polio immunization causes infertility.

I’d want to say with certainty and publicly that the COVID-19 vaccine has no magnetic effect around the vaccination site or any other region of the body, nor does it cause the body to light up an electric bulb. It’s also common knowledge that people with damp, moist, or sticky skin can get objects stuck on their skin, especially in smooth areas.

Objects can also stick to the skin when there is a lot of friction. Another fact is that COVID -19 vaccinations do not contain any metal. So, how does it generate a magnetic field or turn on an electric light?

I would encourage everyone to conduct more independent research using credible information sources so that we do not promote ignorance in this age of civilization.”