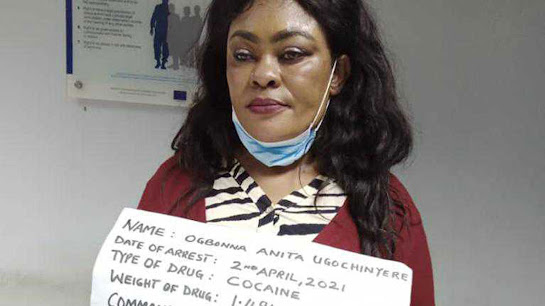 “Mrs. Ogbonna, a mother of three children who all live in Brazil, claimed she had lost her husband three years ago during interrogation. She admitted to trafficking the illegal narcotic in order to generate funds for her father’s burial, which is set for July 22nd in Imo state.” 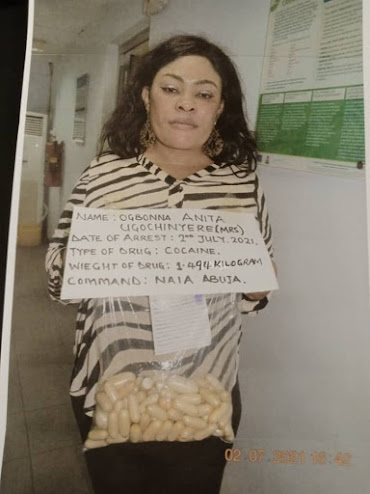 “She said that one Emeka, alias KC, who is also based in Brazil, gave her the drug for a fee of $3,000 to deliver in Nigeria.” She said that after her attempts to swallow the pellets failed, she placed the wraps of cocaine into her private part.

The suspect, who has a shop in Brazil where she sells African foodstuffs, also said she had to leave her three young children with a Kenyan lady who lives next door before embarking on the quick-money journey,” he added.