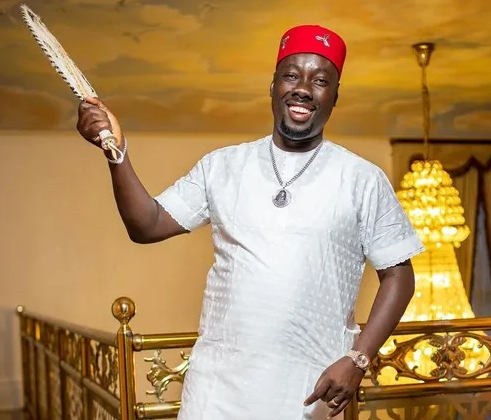 Human Rights Writers Association of Nigeria, or HURIWA, has called the Central Bank of Nigeria (CBN) to leave those accused of abusing the Naira at the funeral of billionaire Obi Cubana’s mother alone and expose those funding terrorism across the country.

HURIWA said in a statement signed by its National Coordinator, Emmanuel Onwubiko, that the spraying of naira during Obi Cubana’s event should not be a major talking point, adding that the naira has been abused at many high societal functions.

Part of the statement reads:

“We, the Human Rights Writers Association of Nigeria, think that the fact that friends and well-wishers who attended the event decided to show appreciation to Mr Obi Cubana should not become a talking point.

The media should rather task the Central Bank of Nigeria of solving the much more disturbing issue of how terrorism is funded and how armed kidnappers made up of Fulani militia in the North carry out their terrorism-related activities under the current dispensation.”