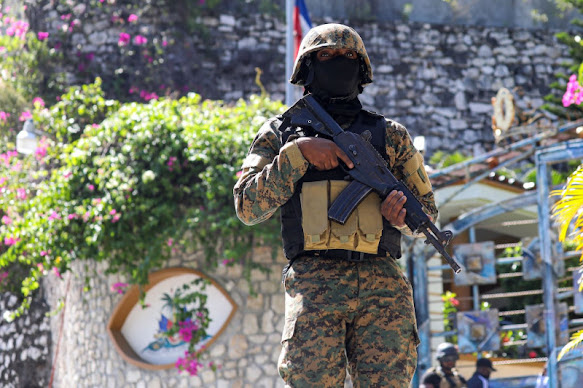 The government has sent the request to the United States and the United Nations, but the US says it has no plans to provide military assistance “at this time.”

The president was murdered on Wednesday by a group of 28 foreign mercenaries, according to Haitian police.

After a gun battle in the capital Port-au-Prince, 17 of them were detained.

The police reported that some of the group, which included retired Colombian soldiers, were held at the house they were staying in, while others were arrested after entering Taiwan’s diplomatic compound.

Police killed three suspects, and eight others are still on the loose.

Although the United States would not send troops to Haiti, it announced friday that it will send FBI and Department of Homeland Security officials to help with investigation.

Any plan to send international troops to Haiti under UN auspices would need to be approved by the UN Security Council.

The killing has triggered civil unrest in Haiti, the poorest country in the Americas. A state of emergency has been declared throughout the country, and it is unknown who is in charge of the government.