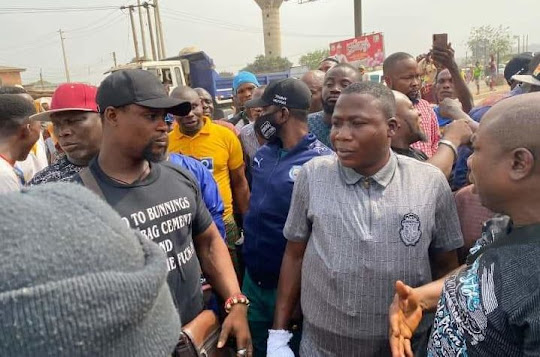 Chief Sunday Adeyemo, a.k.a. Sunday Igboho, has petitioned the Federal High Court in Abuja for the release of his aides who were arrested by Department of State Services operatives on July 1 at his house in Ibadan’s Soka area.

Chief Yomi Aliyu (SAN), counsel for the Yoruba Nation agitator, told Punchng correspondent over the phone on Thursday that he had filed a case in Abuja’s Federal High Court for the release of the 13 arrested people.

The lawyer did not disclose the details of the lawsuit, but he did say that Igboho’s spokesman, Olayomi Koiki, had published a statement on Wednesday saying that the DSS had denied lawyers access to Igboho’s aides in detention.

“We have filed an action before a Federal High Court in Abuja about their bail,” Aliyu replied when asked what steps he was taking to obtain their release. Today, we filed it.”