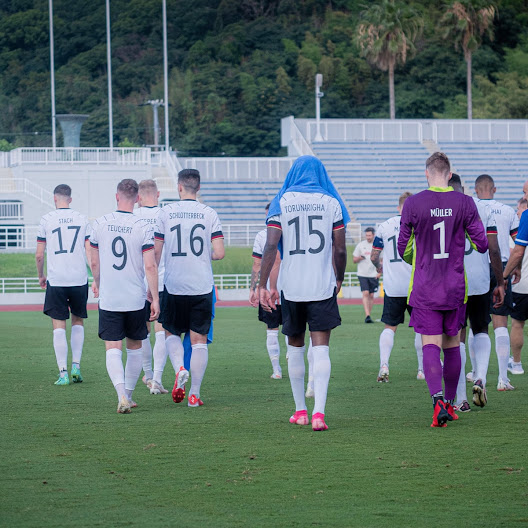 According to the German Football Association, Germany’s Olympic soccer team walked off the field during a friendly match against Honduras after one of their players was racially abused (DFB).

“With a score of 1-1, the game was called off 5 minutes early. After Jordan Torunarigha was racially abused, Germany’s players left the pitch “The DFB tweeted.

Torunarigha, a Black player, plays as a defender.

The Honduran Football Federation did not respond to CNN’s declined comment via email or phone, but in a tweet, the organization said the “alleged racial insult” was a “misunderstanding” on the pitch.

According to the DFB, the match against Honduras took place in Wakayama, Japan, and was the German side’s final practice before their first Olympic match on July 22.

“Playing on is not an option when one of our players is racially attacked,” Germany coach Stefan Kuntz said in a statement.

“Playing on is not an option when one of our players is racially abused.”

“It was hard to get him in; he was quite upset because he said he had been racially abused on many occasions.” This clearly breaches our beliefs, and we will not tolerate it. We’ll completely submerge our player.

“After the situation had calmed down a little,” Kuntz said, “the whole Honduras team came over to us on the bench and apologised.” “For us, that was the end of the matter.”

Germany captain Maximilian Arnold said the team discussed whether or not to take the subject further, but ultimately decided against it.

The behind-closed-doors warm-up game was held in Wakayama, Japan, in preparation for the Olympic Games.

The German football association confirmed the game was played in thirds of 30 minutes with Douglas Martinez scoring for Honduras in the 21st minute.

Felix Uduokhai equalised for Germany in the 84th minute, but Germany left the pitch soon after.

In February 2020, Hertha BSC player Torunarigha was racially abused by fans of an opposing team in a German Cup match. The DFB fined Bundesliga club Schalke roughly $59,000 over the incident.