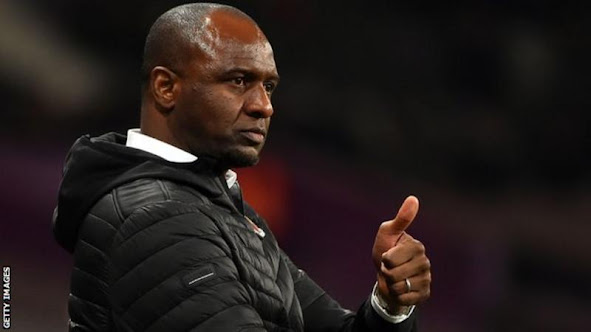 Patrick Vieira has been appointed as the new manager of Crystal Palace, replacing Roy Hodgson.

After a lengthy process since Hodgson announced his departure on May 18, the former Arsenal captain emerged as Palace’s preferred candidate.

The Eagles, who finished 14th last season, have signed the 45-year-old Frenchman to a three-year contract.

“I am excited to have this right to contribute to the Premier League,” Vieira said.

“It’s a concept that appeals to me a lot after talking to the chairman [Steve Parish] and sporting director [Dougie Freedman] about their ambitions and plans for the entire club, including the academy.”

After beginning his coaching career in the Manchester City academy, where he concluded his stellar playing career in 2011, he spent two and a half years in charge of Major League Soccer side New York City.

During his two full seasons in Nice, he made two play-off appearances and finished seventh and sixth in the standings.

Former Borussia Dortmund manager Lucien Favre held conversations about the job before withdrawing from contention to succeed the 73-year-old Hodgson, whose four-year contract expired in the summer.

Vieira “successfully learned his craft at the City Group, and experienced positive management spells at New York City and subsequently Nice, who led to the Europa League”.

“We have a lot to do in the coming weeks to prepare,” he said, “and I’m looking forward to working closely with Patrick and Dougie in bringing in some new faces to assist us all have a successful season.”

Between 1996 and 2005, France midfielder Vieira won seven major awards while playing for Arsenal. 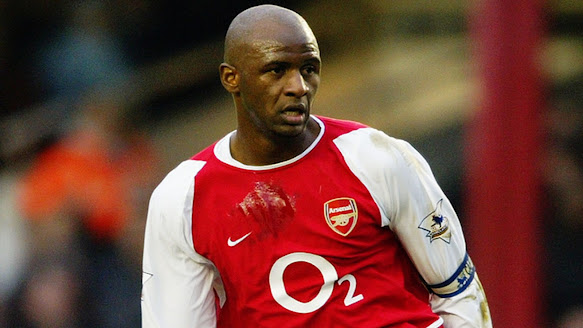 A World Cup and European Championship winner with France, he also helped Inter Milan to three Serie A titles. Vieira joined Manchester City in January 2010 and helped the club lift the FA Cup the following year before announcing his retirement from playing.