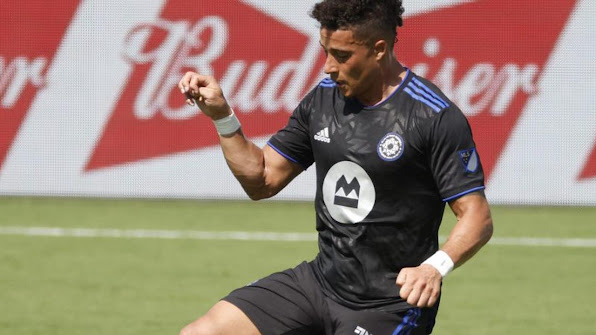 According to Mail Online, the Canadian club completed the sale in return for about £150,000 in general allocation money, sealing the exit of a player who had only arrived in February and had only played seven times since May 22.

According to the Athletic, sporting director Olivier Renard admitted that his refusal to be vaccinated ruled him out of cross-border travel, that was a key factor in his release. After refusing the COVID-19 vaccine, the club traded Erik Hurtado to the Columbus Crew SC for $200,000 to accelerate the process.

In a press release, the ‘s understand the deal and why it was done.

Hurtado’s absence of vaccinations, according to club sporting director Oliver Renard, made his situation “problematic” if the team wanted to return to Montreal to play games.

“There has been some interest in Erik in recent weeks, and we have listened to the offers, despite our satisfaction with Erik’s work.

His situation was problematic because he was not vaccinated against COVID-19, and we began considering a move once we received confirmation that the team could return to Montreal,” stated CF Montreal sporting director Olivier Renard. “Erik also confirmed that he was not comfortable having the vaccine before we proceed, so we made a deal that we felt was very satisfactory.

Hurtado, 30, joined as a free agent with CF Montreal in the offseason. He appeared in seven games for the team, starting two of them. He made one assist to the team.

Hurtado had played for Vancouver and Kansas City before joining CF Montreal. Hurtado had his greatest season with Vancouver in 2014, when he scored five goals in 19 starts.