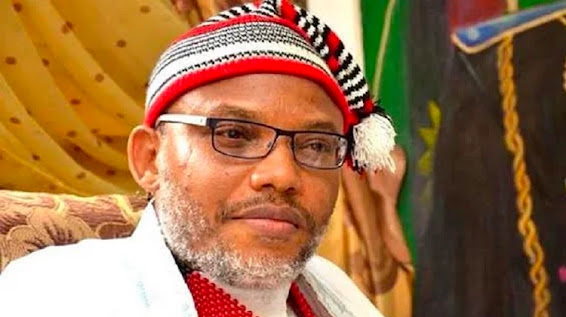 The trial of Nnamdi Kanu, the leader of the proscribed Indigenous People of Biafra, resumed on Monday at the Federal High Court in Abuja, without Kanu’s absence.

When the case was called, the prosecutor’s attorney, M. B. Abubakar informed the court that the case had been scheduled for hearing and that they were ready to continue.

Ifeanyi Ejiofor, Nnamdi Kanu’s lawyer, informed the court that an application to transfer Kanu from the DSS’s custody to the correctional centre was pending.

The trial cannot continue without Kanu since he is unable to stand trial, according to Justice Binta Nyako.

Justice Nyako also called the DSS to produce the IPOB leader in court for trial.

The court adjourned to October 21, 2021, for continuation of hearing.