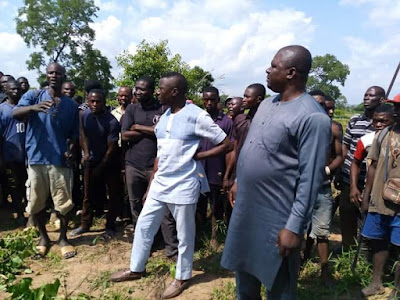 Honorable Dyegeh made this known yesterday while conducting an on-the-spot assessment in Tse Aande, Mbaner, Mbagwen, Agan council ward, Makurdi Local Government Area, where three people have been found dead and others were injured to varying degrees.

The council chairman led Major Ukpo, artillery commandant of 72 barracks with several military personnel in an on the spot visit to assess the level of destruction caused by the herders. Speaking during the assessment tour, Honorable Dyegeh lamented over the killings of Innocent farmers by Suspected herdsmen and called on security personnel to redouble their efforts. Reacting on the call by the chairman, Major Ukpo assured that his team would resume daily surveillance on the most pronged areas, stating that the military is poised to ending the lingering crisis. In his remarks , the Councilor representing Agan council ward, Hon. Aande thanked the council chairman for always responding swiftly to the call of his people. He called on security personnel to match their words with actions and end the lingering crisis. 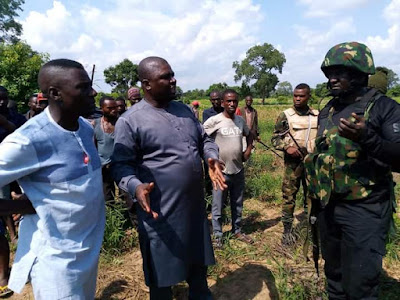