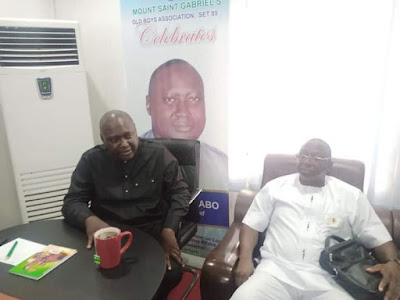 Special Adviser, Bureau of Local Government and Chieftaincy Affairs Hon. Ken Achabo has charged Principal Officers and Staff of the Bureau to live above board in their various departments in order to bring about the desired change in the agency.

Hon. Achabo during a management meeting held in his office today, emphasized that, the officers are critical stakeholders in the management of the third tier of Government and it behooves on them to show commitment in the discharge of their duties for effective service delivery which would in turn, enable their Principal the Executive Governor, His. Excellency Dr. Samuel Ortom succeed in his bid to reposition the local government system for dividends of democracy at the grassroots.

The Special Adviser encouraged the officers to freely and openly revert to him, any  challenges/problems encountered in the course of discharging their duties for his necessary input, advise and actions accordingly.

Hon. Achabo however, apologized for his inability to convene this crucial meeting since assumption of office, having regard to the circumstances which led to his emergence as the Special Adviser without an official hand over but however thanked God for the grace, wisdom and direction to excel.

He expressed gratitude to Council Chairmen and Councilors in the State for their unflinching support overtime, stressing that he is particularly impressed by their understanding of the challenging economic situation of the state and sued for continued understanding and cooperation to enable the administration succeed.

Responding, the Director, Monitoring and Evaluation Mr. Geoffrey Iorhemba extolled the Special Adviser for his quick grasp of office administration within the shortest time, indicating his capacity and competence on the job and called for more of such meetings to continually deliberate on critical issues at the Bureau. 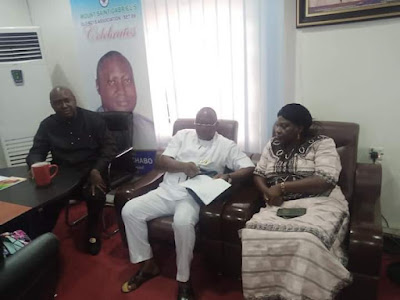 On his part, the Director of Planning, Research and Statistics Mr. Gabriel Tese opined that the Special Adviser has proven that behind a non loquacious and unassuming man, lies capacity and strength.

Also speaking, the Director of Chieftaincy Affairs Mrs. Msurshima Chia scored Achabo high on his ability to bring about sanity in the state’s traditional institution by carefully handling and resolving all traditional matters and litigations that were on the verge of denigrating the good name and reputation of the revered institution and prayed God to give the Adviser more wisdom and strength to sustain the tempo of leadership. 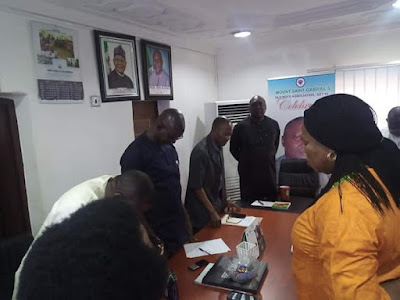 Relatedly, the Director of Local Governments Mrs. Dooshima Tuluma noted that with the unprecedented positive change at the Bureau, there is no excuse for failure, reassuring the Special Adviser of her total loyalty and commitment to enable him succeed.

In his closing remarks, the Permanent Secretary of the Bureau Elder Elvis Attah, likened the Special Adviser to a student who graduated to a Professor within an abbreviated period of training in college and called on all and sundry to emulate his appealing qualities while still providing him the needed support.

The Permanent Secretary further expressed appreciation to the Principal officers for their timely attention to official matters and urged them to keep up to the tenets of civil service so as to train the younger ones under their mentorship.

The meeting which was Chaired by the Special Adviser had in attendance: 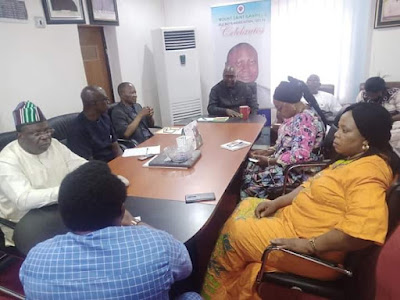