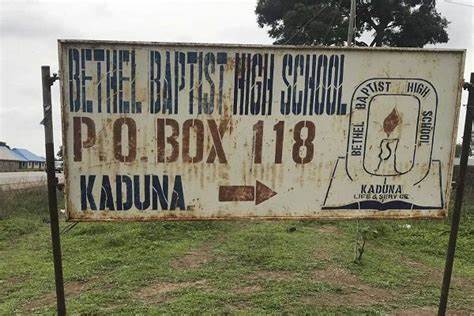 The ransom for 120 students abducted by bandits from Kaduna’s Bethel Baptist High School has reportedly been dropped to N60 million.

According to Punch, the bandits demanded N500,000 for each of the remaining 120 students, with such a deadline of Monday, July 19 to pay the ransom. This was after one of the captives was released due to sickness.

The bandits had demanded hundreds of millions of naira, but then reduced their demands to N60 million, lowering the price per student to N500,000.

“We (parents) have gathered some amounts but the church is trying to raise the remaining money to meet up with the demands of the bandits.”

A brother to one of the kidnapped students, Jesse Peter, said;

“The bandits called us on Saturday and said we should raise N500,000 for each of the 120 students remaining with them in the bush. They gave us till Sunday morning to pay the money before shifting the ultimatum to Sunday evening. We have yet to pay and the time they gave us has elapsed and they have not communicated with us since then.

“The parents are still shocked about the whole thing. As for us, we don’t have such money anywhere. We have resorted to prayers.”