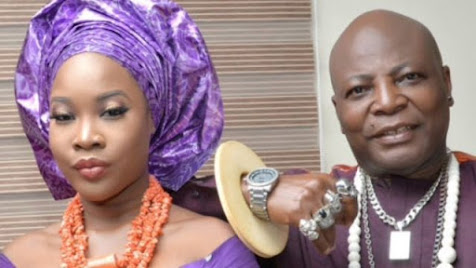 Charles Oputa, also known as Charly Boy and good governance advocate, has explained why he apologized to his homosexual daughter, Dewy Oputa, after she accused him of mistreatment.

Remember how Dewy chastised her father on Instagram after he expressed his feelings about her sexuality?

Charly Boy has stated that he supports his daughter regardless of her sexual partner of choice.

Dewy, who didn’t appear thrilled with her father’s remarks, called him a “hypocrite.”

In an exclusive interview with DAILY POST, Charlyboy said he apologized to his daughter since he understood he was intruding into her private life.

”I apologized since I had a similar argument with my father, who was attempting to manipulate my life. I fought back and said no, that I would tell my own story.

”I was completely unaware that I was intruding. Even though I was frightened at first, as any parent would be, I couldn’t be hypocritical because I have campaigned for LGBT rights and many other rights. As a result, I am unable to change because of my daughter.

”I apologized to her when I noticed it because we are friends. It’s not a father-daughter relationship; instead, we’re friends, and that’s the special tie I have with all of my kids,” he continued.