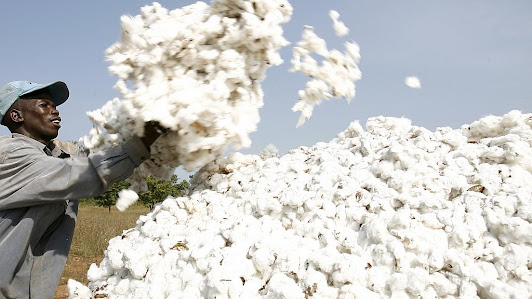 Togo’s cotton sector, which was once flourishing, is now struggling. The government, on the other hand, seeks to resuscitate this strategic sector, notably through recent privatization and industrialization measures aimed at turning “white gold” into a legitimate source of revenue and jobs for the country.

Simféitchéou Pré, chairman of the board of directors of the New Cotton Company of Togo (NSCT), explained the low figures at a news conference in mid-June, citing “poor quality of cotton seed” and “floods in the north of the country” as reasons.

However, the decline in seed cotton revenues (from 265 to 225 FCFA/kg) has prompted many farmers to switch to other crops like as maize and soybeans.

“During the previous season, at least 40,000 cotton farmers out of 153,000 abandoned their crop,” Koussouwè Kourouféi, president of the National Federation of Cotton Producers’ Groups, said (FNGPC).

The “white gold,” as it is known in the West African region, accounts for only 1 to 4.3 percent of the country’s gross domestic product (GDP) and employs about 500,000 people out of an 8 million-strong population.