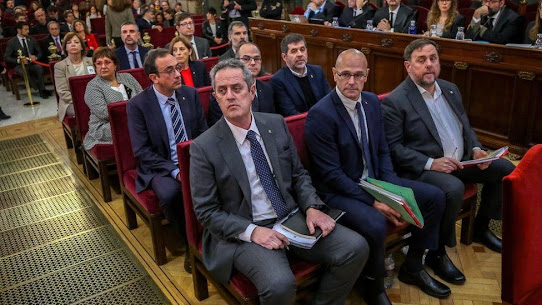 The Spanish government has formally pardoned nine Catalan separatists who were convicted in 2017 in connection with a failed independence bid.

After being convicted guilty of sedition in 2019, the leaders were imprisoned. Three others were found guilty of disobedience but were not sentenced to prison at the same time.

The pardons have prompted outrage in Spain, with tens of thousands taking to the streets this month to protest the decision.

The government, on the other hand, claims that the action will help to defuse tensions in Catalonia.

“We want to launch a new age of dialogue and reconciliation with this legislation, and put an end to the separation and antagonism once and for all,” Prime Minister Pedro Sánchez said in a televised address.

The pardons must first be signed by the king and published in the country’s official gazette, thus the release of the convicts could take several days.

Mr Sánchez added that the ruling did not lift the convicts’ ban on holding office and was conditional on their not committing any additional crimes for a set period of time.

He stated that those who were pardoned were not required to give up their political ideals, emphasizing that they had been convicted for their conduct, not their beliefs.

“They will not hide the repression they continue to exercise against hundreds of separatists by pardoning nine people,” he declared in a tweet. “We will not surrender: amnesty and self-determination!”

Several opposition parties have stated that they will contest the pardons.